On the 21st and 22nd of January, 2020 the fourth annual consortium meeting of the ESCAPE-NET project was held in Amsterdam. ESCAPE-NET is a 5-year project funded by the European Union’s Horizon 2020 program to fund research that improves knowledge, testing, and exploitation platforms that address the future of advanced therapies in Europe. The consortium consists of 16 partners across 10 EU countries, one of them being Panaxea. 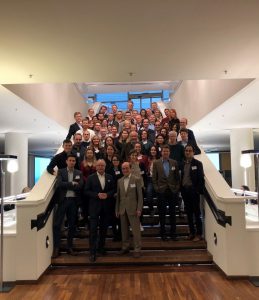 Panaxea’s role in ESCAPE-NET is to identify the cost-effectiveness of (new) first responder interventions for sudden cardiac arrest (SCA) patients and to analyze which of these is most cost-effective (given the characteristics of different regions). During the fourth annual consortium meeting, Anam Ahmed presented Panaxea´s insights into Health Technology Assessment as well as the economic analysis of first responder interventions.

Currently, SCA is a vast public health problem, causing ~50% of cardiac death and ~20% of all natural death in Europe. This problem is expected to rise further as the population ages. The ESCAPE-NET project, which consists of leading European scientific teams, is aiming to identify the inherited, acquired and environmental factors for SCA risk prediction. The final aims of ESCAPE-NET are to improve risk prediction, develop preventive measures, and improve resuscitation treatment for SCA.

Over the last three years, the partners have collaborated to create a collective database which already features over 76,000 patients, which allows for large-scale epidemiologic and genetic studies. The synergy advantages provided by this large harmonized database, together with the multidisciplinary and complementary expertise of the ESCAPE-NET partners, is expected to significantly increase the impact of the research into SCA. The societal and scientific impact of the work of the ESCAPE-NET consortium is increasingly recognized at cardiology conferences as well as in scientific and non-scientific literature.

Taken together, the complementary expertise of the ESCAPE-NET partners and the cohorts that these partners bring together in the ESCAPE-NET project are expected to be a crucial step towards achieving the much-needed breakthrough to solve the problem of SCA in the community.